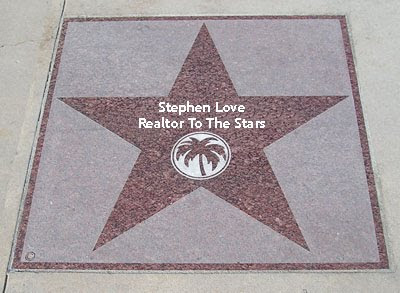 “I left school to pursue a career in music publishing and freelance writing, in the 1970s, which led to an early article about Elton John. Elton introduced me to my first employer in the music industry,” says desert “Realtor to the stars,” Stephen (Steve) Love.

For over a decade, from 1973 to 1985, Steve was executive VP of ATV/Sony Music. It was at ATV Music, while in charge of worldwide music publishing development and exploitation of catalogues (most importantly, the Lennon & McCartney copyrights), that a good number of creative and administrative ideas were first developed.

Steve was one of the two primary architects of the success that led to the company being regarded as the most valuable independent music publisher of its time. Subsequently, ATV was purchased by Michael Jackson and merged with Sony Music Publishing.

Today Steve, and wife Greysha Gordon-Love, live and work in Rancho Mirage and specialize in achieving value in the buying and selling of all real estate throughout the Coachella Valley, from condos to estates.

Dive into your desert 🌴 home search on our list

We had the PERFECT 👌 morning for our May LUXE M

The desert real estate market is shaping up for an