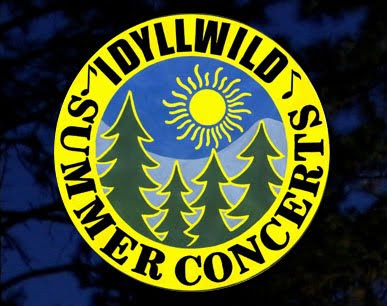 Rancho Mirage Realtor Dan McGeary, along with his partner, Bret Hubbard, became sponsors of the Idyllwild Summer Concerts a while back when they learned that the series was low on funding. The concerts are held every Thursday evening, through August 20th.

Dans says, “The series brings in terrific talent with opening acts under the cool, towering pines starting at about 6:00PM. Each night attracts between 500 and 1000 people, families and all ages, who bring picnic dinners, adult and regular beverages and our dogs.”

“Most of the acts make it impossible not to dance on the cleared concrete pad in front of the stage, so dancing boots are encouraged,” adds Dan.

Dan and Brett have owned homes in Idyllwild since their first humble cabin in 1988, which they say has morphed into a new “tree house” in Fern Valley. In addition, Bret recently accepted the position of Controller at Idyllwild Arts Academy.

For additional information about the series, or if you have real estate questions, you can reach Dan directly at 760-413-2549.

events Looking to Escape the Great Indoors? Check Out These Summer Events! Jun 24, 2021